Since June, there has been a staggering 700% increase in searches for the phrase “top jobs in self-driving cars companies 2020”. This means that job seekers are paying close attention to the autonomous driving trend that has only left the realm of the fiction world less than a decade ago.

General Motors, Google’s Waymo, Cruise Automation, as well as independents such as Argo AI have delved into the technology and have already made incredible strides. In fact, the legislation surrounding the legality of Autonomous Driving can barely keep up. 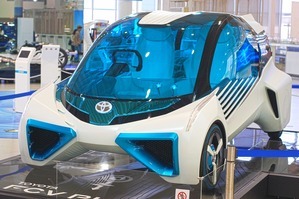 With more self-driving cars hitting the road almost every day, we are taking a look at the top jobs in self-driving cars companies 2020, the year autonomous driving industry is set to revolutionize the entire transport sector.

What are the top jobs in self-driving cars companies?

The appeal here is one of those tricky situations where a self-driving car comes across a tricky situation such as a construction site. For a lot of autonomous vehicles, that creates confusion, perhaps the reason why there have been a few accidents. Telepresence through a remote driver is the solution, where the vehicle or the passenger will communicate to a call center for help.

This job is more or less similar to that of a remote driver. An Autonomous Safety Steward is responsible for driving and evaluating cars in the field, conducting pre-trip inspections, performing specialized test procedures, and documenting findings in a concise manner.

Apparently, this is the most sought-after job in the entire industry. It is mostly focused on sales. The ideal candidate must be a high-energy, personable, fun, and self-directed person.

The Mechanical Engineer- Autonomous Cars will be in charge of vehicle design, developing vehicle components, and collaborating with cross-functional teams to ensure compliance with customer safety standards.

The ideal candidate must be an expert in C++, have a Ph.D. Degree in Engineering, Robotics, or Engineering, and have at least one year experience in the development of Autonomous Vehicles.

Autonomous vehicle companies are currently hiring technicians, software developers, and designers to build these future cars. There has also been an increase in safety testing jobs as these cars prepare for the road—Safety & Training Program Manager- Autonomous Cars is an example of a job position that was introduced recently.

What are the top self-driving cars companies hiring the most employees?

To find out who is hiring the most jobs, our analytics team searched the companies with the most open jobs in the self-driving car sector careers page. Here’s what they found out:

Unlike most competitors who are just tech startups, GM has a large hub North of Detroit capable of accommodating the workforce needed to crank-out self-driving cars.

Aptiv is focused on creating self-driving, connected vehicles. It operates out of the Detroit Metro Area and has other offices in Boston, Mountain View, California, and Pittsburg.

NVIDIA programs every computer that goes into every Tesla Vehicle with self-driving capabilities. As of recently, they have also partnered with Audi on autonomous driving efforts.

Ford acquires its automated car tech from Argo AI, one of its acquisitions. When ford acquired the startup in 2017, it had very few employees, and Salesky, current CEO at Argo and former boss of what is now Waymo, is still in the process of staffing up.

Which cities can I find autonomous car jobs?

Car manufacturing has always been associated with Detroit (Motor City). Does the new wave of autonomous cars have a different major operations ground? To find out, our team set out to find out where most autonomous car jobs were based. Here’s what they found out:

San Jose, Sunnyvale-Santa Clara, CA tops our list with 30% of these jobs. Detroit is second on the lists lagging behind only by 2% of autonomous vehicle jobs. It seems like a battle is already underway to establish the lead city in the autonomous vehicle sector. Noteworthy, Silicon Valley has the obvious advantage because it hosts well-funded automotive industry giants who are ready to take on any challenge.

Coming in at number 3 with 12% is Pittsburg where Uber launched its law suit-tied self-driving car back in 2016. While number 4, San Francisco, has 11%. The not-so-popular autonomous car manufacturing destinations also have a remarkable 9% of all autonomous vehicle jobs.

What skills do autonomous car industries look for?

As you would expect, the skills required by the autonomous vehicle age are solely based on new tech and software capabilities never thought of in the traditional auto industry that was solely dominated by mechanics. For those engineers planning to make a transition to the new era, forget about toolboxes and say hello to bizarre programming software.

Aside from having a deep understanding of programming languages such as Python and C++, job hopefuls must also be well-versed in embedded software, image processing, artificial intelligence, machine learning among many others.

A Comprehensive Guide for your Walmart Application

Top 5 Responsibilities of a Courtesy Clerk

Job Descriptions
We use cookies on our website to give you the most relevant experience by remembering your preferences and repeat visits. By clicking “Accept”, you consent to the use of ALL the cookies.
Do not sell my personal information.
Cookie settingsACCEPT
Manage consent

This website uses cookies to improve your experience while you navigate through the website. Out of these, the cookies that are categorized as necessary are stored on your browser as they are essential for the working of basic functionalities of the website. We also use third-party cookies that help us analyze and understand how you use this website. These cookies will be stored in your browser only with your consent. You also have the option to opt-out of these cookies. But opting out of some of these cookies may affect your browsing experience.
Necessary Always Enabled
Necessary cookies are absolutely essential for the website to function properly. These cookies ensure basic functionalities and security features of the website, anonymously.
Functional
Functional cookies help to perform certain functionalities like sharing the content of the website on social media platforms, collect feedbacks, and other third-party features.
Performance
Performance cookies are used to understand and analyze the key performance indexes of the website which helps in delivering a better user experience for the visitors.
Analytics
Analytical cookies are used to understand how visitors interact with the website. These cookies help provide information on metrics the number of visitors, bounce rate, traffic source, etc.
Advertisement
Advertisement cookies are used to provide visitors with relevant ads and marketing campaigns. These cookies track visitors across websites and collect information to provide customized ads.
Others
Other uncategorized cookies are those that are being analyzed and have not been classified into a category as yet.
SAVE & ACCEPT