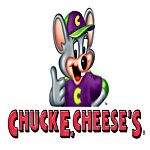 Back in 1977, Chuck E. Cheese’s became the first family friendly restaurant that combined the idea of fast-food and indoor entertainment all at once. It was then known as Chuck E. Cheese’s Pizza Time until it finally rebranded into its current name in 1995. It now operates 577 stores nationwide and in six other countries. For career-oriented individuals who want a jab at a job that is frequented by families that bring along their kids for a night’s worth of entertainment, a Chuck E. Cheese’s application should already come second nature.

Being part of the one hundred top-ranking companies in the U.S. food service industry and as top performing food chain based on annual sales and revenue, it is no wonder Chuck E. Cheese’s employment application amounts to hundreds and even thousands. To make things more convenient and in stride with new technology, they too have an official careers page: http://www.chuckecheese.com/careers. Be warned though that only those who are sixteen years old and above are allowed to submit a Chuck E. Cheese’s application. Properly fill out your Chuck E. Cheese’s application forms, and answer the question “Why do you want to work for us?” with your greatest points (be it the atmosphere or good memories).

Chuck E. Cheese’s careers are normally front liners when it comes to customer service. As an entry-level job, servers fulfill this role. They usually make $3 to $4 an hour, excluding tips for a job well done. As Chuck is also a leader in family entertainment, another position always up for grabs in most chains is cast member. Cast members do the nightly live performance to entertain all guests. Earnings ranges from $8 to $10 hourly rates.

Kitchen staff members also get equal rates as entertainers, but they’re just usually behind the stage. They’re normally filled by cooks, bussers and dishwashers. Managerial positions typically make $30,000 to $40,000 for assistant managers annually and $50,000 or even more for managers. Location and previous experience in management are also taken into consideration.

Aside from these integral positions, those interested to file their Chuck E. Cheese’s application can choose from the following rank-and-file posts—game room technicians, opening coordinators, admin support, and property accountants.

Not all applicants are weighed the same, so make your chances surge up high by taking a few steps to make your application a cut above the rest. Chuck E. Cheese’s online application typically starts the process, but once you’re up for an interview, review the intended location before the set interview date so you’ll never get lost along the way. Arriving ten minutes early will signal your interest to hiring managers. Aim for a lasting impression, and start with your outfit for that day—be prim and proper.

The interview process is nerve-racking, but to ensure your spot in a face-to-face interview, make sure you first ace any online application skills test and phone interviews. It has to be also noted that applicants must be the outgoing type, especially since once hired, you’ll be dealing with kids and family members of all types and sizes. You should also be naturally affable and fun loving. Cast member applicants must also be prepared to always pack a smile for a pose with patron pictures.

The whole interview process varies in certain degrees depending on which position you are applying for. Chuck E. Cheese’s job application for cast members usually takes two to three hours to finish. It runs on group interviews due to the immense number of applicants. Bring with you a personal writing aid such as a pen. Entry-level job applicants are usually sit-downs, lasting fifteen to twenty minutes tops. More complex managerial career candidates will encounter personality assessments.

To ensure that your application for Chuck E. Cheese’s goes smoothly, cover up tattoos if you have any or remove any piercings prior to any appointments. The company is renowned for its family friendly aura, so any employee who has these features will usually be shunned away. Some locations also require mandatory drug and background tests before job offers are placed in hand.

United States employees will usually get paid holidays or vacations and sick days, life insurance, employee meal discounts, and perks with partner companies such as Dell and Costco, among many others. The same is true for Canadian employees. Chuck E. Cheese’s considers its current roster of employees first for promotion, and they regularly promote associates into higher positions throughout restaurant locations, so there’s a chance for career advancement.

What does Atari and Chuck E. Cheese’s have in common? Nolan Bushnell. He’s the same mind that changed the concept of gaming and eating at the same time. He has an experience in the amusement park industry, so he made use of all his knowledge to up the ante of pizza parlors into one-stop shops that will make kids stay longer with the possibility of playing arcade games, being entertained with its signature animatronic shows top billed by the company’s official mascot, Chuck E. Cheese, on vocals and exclusive Chuck E-club for access to different in-store events. The company is also open to franchising. Its headquarters is located in Irving, TX.